The regular Board meetings occur every 3rd Wednesday of each month at the District office at 6:00pm. If there are changes in dates and times you will see revisions on those individual dates. The regularly scheduled Board meeting dates for 2021 are:

Meet the Board Members

Meet our Board Members 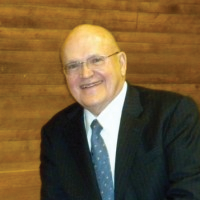 Walter Partridge and his wife Stephanie have lived in the Pinery for 23 years. They have 6 children, 12 grandchildren, and 8 great-grandchildren. Walt operates Partridge Auction Services from his office in Parker. Before becoming a professional auctioneer, Walt worked in industrial explosives for over 30 years.

He started his explosives career as a sales representative for DuPont in Alaska and ended his career as President of Explosive Technologies International, Export Division. During his explosives career, he traveled to many mining and construction operations throughout the world. He and his family lived in New Zealand, Australia, Alaska, Delaware, Washington State, Kentucky, Pennsylvania, and Colorado.

Walt has had several interesting experiences traveling overseas. For example, on 9/11 he was at a remote site in the Sierra Desert and saw the towers come down on an Arabian speaking station watching with several members of the Muslim community. Several days passed before he was able to get back to the United States. Before becoming a professional auctioneer, Walt conducted benefit auctions in each area he lived and continues to do so.

Walt is active at his church and enjoys fishing and traveling with his family and friends. Walt has served multiple terms on the Pinery Water Board. He is honored to serve on the board and understands his responsibility to the Pinery residents. He continues to work for cost-effective reliable water and sewer services. 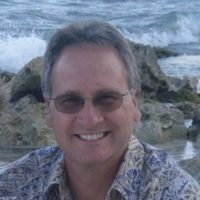 Terry Franklin is a retired certified water and wastewater professional. He and his wife Pamela moved to The Pinery six years ago to enjoy their first grandchildren.

Terry spent 32 years of his career working for the City of Grand Junction Utilities, retiring in 2014. He started as a Wastewater Treatment plant operator and retired as the City’s Utility Manager. During his career with the City he was instrumental in developing their Water Conservation program, integrating sustainable resources (both water and energy) into Citywide activities, and helped kick start energy improvements throughout the City that saved hundreds of thousands of dollars annually. While Terry worked for the City he was active in the Rocky Mountain Section of American Water Works Association (RMSAWWA) and the Rocky Mountain Water Environment Association (RMWEA). He was on the executive board of RMSAWWA for many years which culminated in being Section Chair in 2004-2005.

Terry received many awards during his career, two of which included the George Warren Fuller Award for his distinguished service to the water supply field and the Walter A. Weirs Joint Service Award (a joint RMSAWWA and RMWEA award) presented to individuals who have demonstrated continued, long-term dedication and service to the members of both organizations.

Since his retirement from the City of Grand Junction Utilities, his greatest reward is being a “manny” for his two grandchildren. Being able to spend time with them weekly and teach them about camping, fishing, and occasionally colors, numbers and letters are daily highlights. Terry truly enjoyed his time in the water industry and he looks forward to using his expertise to provide value to the Pinery Water Board and the community. 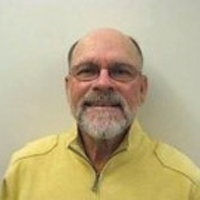 Steve has been a Pinery resident since 1984 and you may know him from his lawn care business in the area. He was a board of directors and treasurer for the Colorado Association of Lawn Care Professionals from 1996-2008. He was also a local schoolteacher and freshman wrestling coach at Ponderosa High School during the 1990-91 season.

Prior to that, he was an operations consultant for McDonald’s Corporation in several locations to include Chicago, Paris France, and Denver. In 1983 he opened the World’s highest volume McDonald’s in downtown Chicago. In 1975 he managed the highest volume McDonald’s in the Midwest located in Aurora, Illinois. As the newest director for the district, he hopes to lend some perspective on water use and conservation as it relates to lawns and landscapes. 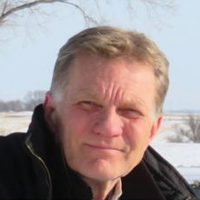 Jim McGannon joined the Board in May 2018. He is a forestry/arborist consultant. His career includes working as City Arborist in Bismarck, N.D. and most of his career as City Forester in Colorado Springs. His profession includes work as a professional/certified forester and certified/arborist. He works with landowners, land trusts, commercial interests, homeowners, expert witness, and agencies. Jim and his wife, Maria, have lived in the Pinery since 2014 and in the Denver/Colorado Springs area most of their lives. Jim is also active on the Pinery HOA.

Jim has volunteered and serve(s) on many community and regional boards and committees. Prior to being on the Board, Jim served as Chair of the Pinery Water Conservation Task Force. Jim will continue to be a Board liaison to the Task Force. His interests in the outdoors and land stewardship has been a passion for him and a force that drives him to be part of volunteering in the communities that he works and lives in.  He has experience on Boards and task forces that include Municipal Utilities, conservation groups, homeowner associations, Boy Scouts of America (he is an Eagle Scout), Living History Associations, sportsmans groups, land trusts across Colorado, and many others.

Future water planning for this district is something Jim has a keen interest in. 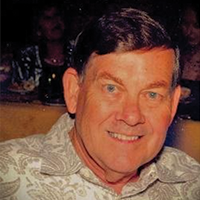 Ken and his wife Skipp have lived in The Timbers since he retired from the oil and gas industry in 1999. Ken spent 30 years as a geologist and executive with Texaco during which he served as President of Texaco Worldwide Exploration and Executive Vice President of Texaco Global Gas and Power. Prior to joining Texaco, he served in the Navy Civil Engineering Corps (SEABEES) during the Vietnam War.

Since retirement, Ken has served in several capacities in the Chevron Retirees Association; he formed and served as the first President of The Timbers HOA 23; and, served two terms on the High Prairie Farms Metro District. More recently he served on the Pinery Water District’s Water Efficiency Advisory Committee from its inception to present. In addition to community involvement he led 15 trips to the Pine Ridge Lakota Reservation assisting Lakota homeowners on various construction projects; and, currently serves on the Alumni Advisory Board to the Department of Earth and Environmental Sciences at the University of Kentucky.

Ken and Skipp have two daughters –Tiffany, a founding partner of a midstream oil company, and Amy who is employed in the medical industry. He is looking forward to his service on the Pinery Water Board.